After winning the Queen Sonja Competition in 2001, Arendalsposten said of Norwegian soprano Marita Sølberg, “It is a voice of almost mystic dimensions, great and fully grown and with a veil of the unspoken, as if it is brought forth from a deep secret source. Marita Sølberg has the potential to be one of our […] 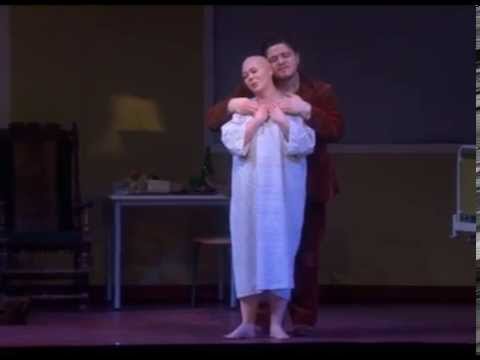 After winning the Queen Sonja Competition in 2001, Arendalsposten said of Norwegian soprano Marita Sølberg, “It is a voice of almost mystic dimensions, great and fully grown and with a veil of the unspoken, as if it is brought forth from a deep secret source. Marita Sølberg has the potential to be one of our most shining stars.”

Ms. Sølberg is currently slated to join the roster of the Metropolitan Opera in a future production. Recent engagements include her house debut at Royal Opera Covent Garden as Antonia in Les Contes d’Hoffmann, Micaëla in Carmen at Minnesota Opera; Pamina in Zauberflöte at Los Angeles Opera; Mimì in La Bohème at Wiener Staatsoper; Donna Elvira in Don Giovanni, Solveig in Peer Gynt, Liù in Turandot, Mimì in La Bohème and Antonia in Les Contes d’Hoffman at Norwegian National Opera; the Countess in Le Nozze de Figaro at Teatro La Fenice; St. Matthew’s Passion on tour, with Minkowski conducting; the role of Kathrine Sigismund in The Fourth Watch of the Night, at both Norwegian National Opera and Savonlinna Opera Festival; Giulietta in I Capuleti e i Montecchi at Norwegian National Opera; Micaëla in Carmen; Drusilla and Virtú in L’Incoronazione di Poppea at the Norwegian National Opera; Solveig in Grieg’s Peer Gynt with the conductor Marc Minkowski; Cleopatra in Giulio Cesare in Beaune with the conductor Eduardo López Banzo; concerts with music by Henry Purcell, Handel and Joseph Haydn at the Salzburg Festival with the conductor Marc Minkowski; Pergolesi’s Stabat Mater and Stravinsky’s Pulcinella with the BBC Symphony Orchestra; Fauré’s Requiem with the conductor Lawrence Renes; Vivaldi’s Nulla in mondo pax sincera with the Israel Camerata; and Female Chorus in Britten’s Rape of Lucretia, Countess in Le Nozze di Figaro, and Pamina in Die Zauberflöte at Norwegian National Opera. She also returned to the Staatsoper Stuttgart for Celia in Lucio Silla, and recorded Handel’s Brockes Passion with the conductor Peter Neumann.

In 2009 Sølberg performed the role of Pamina in Die Zauberflöte at the Staatsoper Stuttgart, Handel’s Messiah in Moscow with the conductor Peter Neumann, and Felix Mendelssohn’s Elijah with Gothenburg Symphony Orchestra and the conductor Raphael Frühbeck de Burgos. Engagements the autumn of 2008 included Pamina in Die Zauberflöte, Gretel in Hänsel und Gretel and the title role in Zaide at the Staatsoper Stuttgart, and Gustav Mahler’s Symphony No. 2 with the conductor Zubin Mehta. She has also sung at a gala concert at the Norwegian National Opera, and excerpts from Handel’s Il Trionfo del tempo e del disinganno with the conductor Rinaldo Alessandrini.

In 2006-2008 while she was a principal singer at the Staatsoper Stuttgart, other engagements brought her to Gran Teatre del Liceu Barcelona, Teatro Real Madrid, Komische Oper Berlin and Norwegian National Opera. Her roles have included Michaëla in Carmen, Pamina in Die Zauberflöte, Servilia in La Clemenza di Tito, the title role in Zaide, Zerlina in Don Giovanni, Celia in Lucio Silla, Gretel in Hänsel und Gretel, Marzelline in Fidelio, Charmion in Massenet’s Cléopatre, and the Angel in Messiaen’s Saint Francois D’Assise.

Ms. Sølberg has recorded the role of Solveig in Grieg’s Peer Gynt for the record label BIS (released in June 2005) and has sung it on numerous occasions in Scandinavia as well as in Barcelona, Madrid, Stuttgart, St. Petersburg and on tour in the US. In June 2006 she sang the role with the Berliner Philharmoniker and the conductor Neeme Järvi. The concert was transmitted live on German radio and television.