Heralded by the San Francisco Chronicle for her “knockout combination of vocal power and expressive eloquence”, soprano Marina Harris is quickly establishing herself as a talent to watch. An alumna of the prestigious Adler Fellowship program at the San Francisco Opera, Ms. Harris’ appearances with the company included four world premiere operas; Nolan Gasser’s The […] 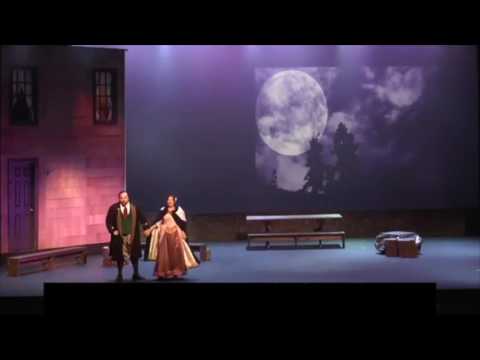 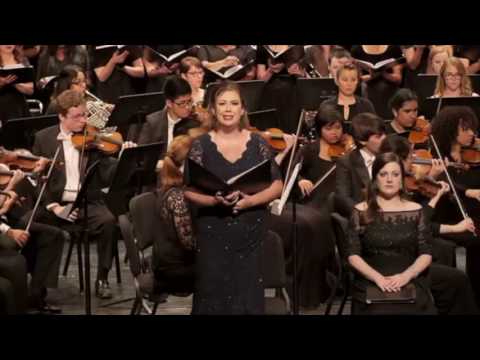 Heralded by the San Francisco Chronicle for her “knockout combination of vocal power and expressive eloquence”, soprano Marina Harris is quickly establishing herself as a talent to watch. An alumna of the prestigious Adler Fellowship program at the San Francisco Opera, Ms. Harris’ appearances with the company included four world premiere operas; Nolan Gasser’s The Secret Garden (in the role of Susan Sowerby), Mark Adamo’s The Gosepel of Mary Magdalene (Tamar/Girl/Seeker), Tobias Picker’s Dolores Claiborne (Maid), Jack Perla’s Love/Hate (Samantha), and covering numerous leading roles, most notably the role of Elsa in Lohengrin. In September 2013, she garnered national attention as a last-minute replacement for Patricia Racette in the role of Elena (Helen of Troy) in San Francisco Opera’s season-opening production of Boito’s Mefistofele.

Marina has also joined the roster of the Los Angeles Opera to cover the verismo roles of Nedda in Pagliacci and the title role in Madama Butterfly. She has made leading role debuts with Opera Idaho (Tatiana in Eugene Onegin), Pacific Opera Project (title role in Ariadne auf Naxos) and the Southern Illinois Music Festival (Mathilde in Guillaume Tell). Ms. Harris’ international credits include the Festival der jugend Stimmen in Switzerland and as a guest performer with the Sichuan Conservatory of Music in Chengdu, China. Upcoming engagements include Donna Anna in Don Giovanni with Opera Idaho, Street Requiem with the South Coast Chorale, Beethoven’s Symphony No. 9 with the Rio Hondo Symphony, a recital with the Wagner Society of Northern California, and more.

From the baroque period to contemporary, Marina has been featured as a soprano soloist in a diverse range of repertoire, including Mahler’s Symphony No. 2 (Resurrection), Brahms’ Ein Deutsches Requiem, Mendelssohn’s Symphony No. 2 (Lobgesang), Mozart’s Great Mass in C Minor, Verdi’s Requiem, Rossini’s Stabat Mater, and J.S. Bach’s Mass in B Minor. Additionally, she has performed in the West Coast premieres of Charles Stanford’s Stabat Mater and Cecelia MacDowall’s Magnificat with the Sacramento Choral Society and Orchestra. Ms. Harris has been a guest soloist with the Marin Symphony, the California Symphony, the West Los Angeles Symphony, and the San Francisco Chamber Orchestra, among others. In recital, Marina has appeared with Carnegie Hall’s Neighborhood Concert Series, with the Brava! Opera Theater, as part of The Song Continues with Marilyn Horne and the Weill Institute of Music, and with San Francisco Performances. She has also been featured on WQRX, New York’s leading classical radio station, along with baritone Norman Garrett and Ken Noda of the Metropolitan Opera.

In 2015, Ms. Harris was awarded the Dorothea-Glatt-Förderpreis in the triennial International Wagnerstimmen Competition, securing her place as one of the top singers of Wagnerian repertoire worldwide. Marina has won numerous other awards for her performances of the Wagnerian repertoire, including the 2015 George London Vienna Prize and the George London-Leonie Rysanek Award in 2014, and the Gerda Lissner Foundation’s Vocal Competition in both 2015 and 2017. She has received additional grants from the Wagner Society of Northern California, the Palm Springs Opera Guild Vocal Competition and the Loren L. Zachary International Vocal Competition.

“Leading the charge for the women, meanwhile, was soprano Marina Harris, who brought bounteous sound and elegant, sumptuous phrasing to the final scene of Richard Strauss’ “Arabella.” Sopranos who can sing Strauss’ music this well are rare, and to be treasured.” -Joshua Kosman, San Francisco Chronicle

“Harris was magnificent in Tatyana’s marathon scene where she writes a love letter to Onegin, her beautiful soprano taking her through full range of emotion.” —Dana Oland, Idaho Statesman, February 2015

“There was something special about soprano Marina Boudart Harris.  Her first appearance in the Mozart was in the “Laudamus te,” and I found myself appreciating her rich, listenable tone.  Then it struck me that she was singing the long piece from memory — and smiling during the rests.  That air of confidence and grace somehow made the listening so much more pleasant.  And then there were the many vocal flourishes which she handled so adroitly.  During one of these I caught Kendrick glancing at her and smiling, appreciating her command of the music that they both obviously loved.” Dick Frantzreb, The Sacramento Choral Calendar, March 2015

As Miss Jessel in The Turn of the Screw with soprano Katy Tang, Pacific Opera Project, 2014